Photo Booth Issues that the Providers Deal with Immediately 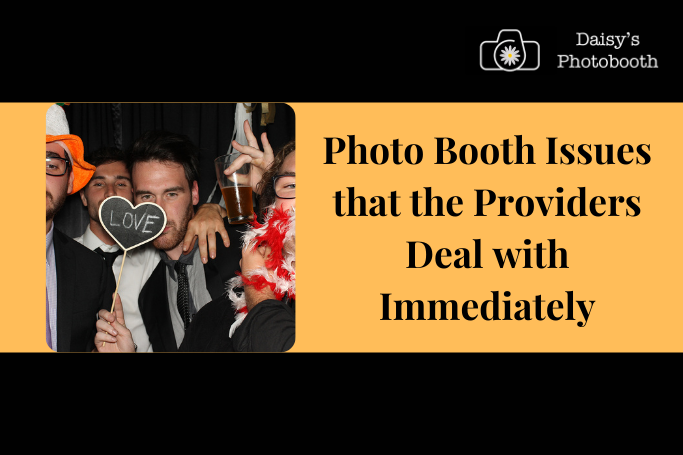 After hiring a photo booth, you will naturally want it to work flawlessly. In most times it does. However, in certain situations, it might do just the opposite. That means you might face certain issues which can be annoying and can disrupt the photo sessions that you and your guests were enjoying. But if you are in Melbourne and have hired the photo booth from a reliable service provider, you can rest assured that their supervisors will fix them immediately.

Now, we will take a look at the issues that the providers deal with instantly.

Reliable companies providing photo booths for hire in Melbourne always install high-end cameras that can seamlessly capture photos. But since it is an electronic device, it can start malfunctioning, and when it happens, you or your guests will not be able to get their photos clicked. So, this is an issue that the supervisors deal with immediately.

The supervisors quickly diagnose the problem in the camera. If it is a calibration issue, they tweak the settings quickly to bring it back to normal. Otherwise, they attach a backup camera if the issue is severe.

Your guests will surely want their photos to be printed. But similar to that of the camera, the printer can malfunction too. But the supervisors deal with this issue immediately so that your guests can get their photos printed right away.

If the issue is with the ink problem, they change or re-attach the cartridges. But when and if the problem is with an inner component, the providers replace the printer with another one that they keep with themselves as a backup.

Lights inside the Photo Booth

The light inside the photo booth needs to be constantly on so that the photos can come out to be clearer. But if it starts flickering or is somewhat getting dimmed, the supervisors from the company offering Melbourne photo booth for hire will instantly replace it. Otherwise, as mentioned, the photos will come out to be darker. Since this is not a result that any client will want, the supervisors deal with it quickly.

Whether you want a text to be included on the photo or optimise it for social media, the entire process is done by specific equipment and application. But if the same starts to malfunction, you will not get the desired effect. So, this is another issue that the supervisors always deal with in the event.

The entire photo booth is powered by electricity. But the disruption of the same or a technical fault can shut down the entire system. So, to mitigate the issue, the providers of the affordable photo booth company in Melbourne diagnose the fault and repair or replace it as necessary to get it back up.

Props can be found inside the photo booths. But sometimes the guests might not find their favourite ones which are commonly included. So, to keep your guests happy, the providers will provide your guests with backup props.

This is a list of the most common problems that are seen in photo booths. But service providers always deal with them quickly to give you a fulfilling experience.

Call Now To Hire the Photo Booth of Your Choice

To get a photo booth hire quote or book the service from Daisy’s Photobooth, call us now at 0421333080 or make an online enquiry by clicking the ‘Enquire Now’ button.

How Do Professionals Set Up Party Photo Booths in Event Locations?

The Fundamentals of Choosing the Right Wedding Photobooth Background